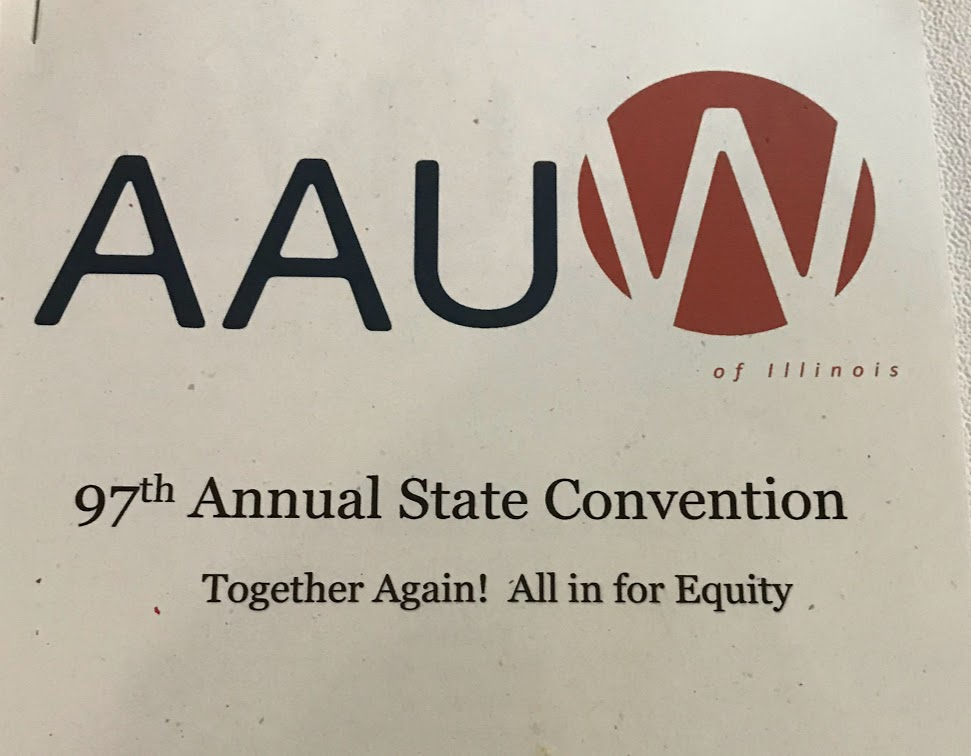 It was so wonderful to be in-person for the AAUW-IL convention!  (The 2020 convention was cancelled. The 2021 convention was by Zoom.)   I picked up Karen and Erika for the drive to the Doubletree in Naperville, about 75 miles away. 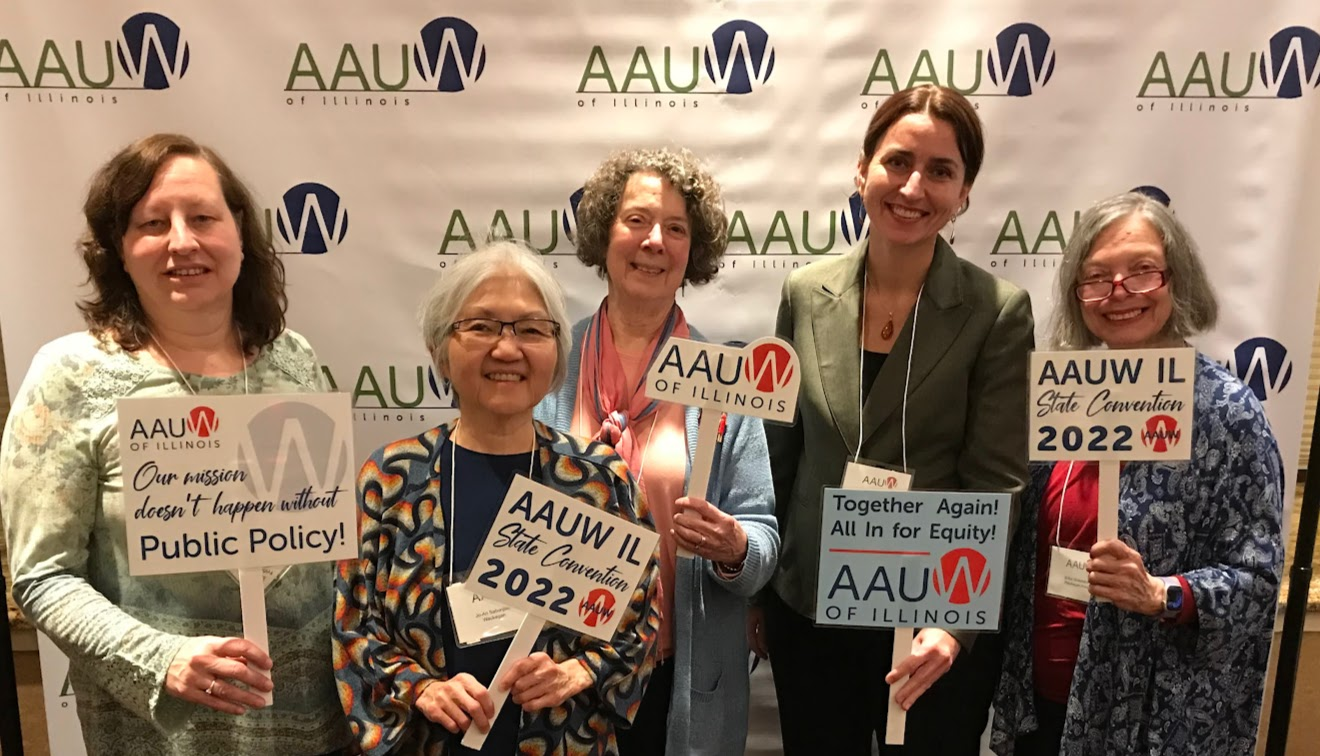 AAUW CEO Gloria Blackwell gave the keynote via a live link. AAUW awarded $5m in fellowships and grants to 260 scholars and programs in 2021 and will award $6m in 2022.  600 teen girls and 350 caregivers participated in the AAUW STEMed program.  1,000 women took the online MoneySmart program. 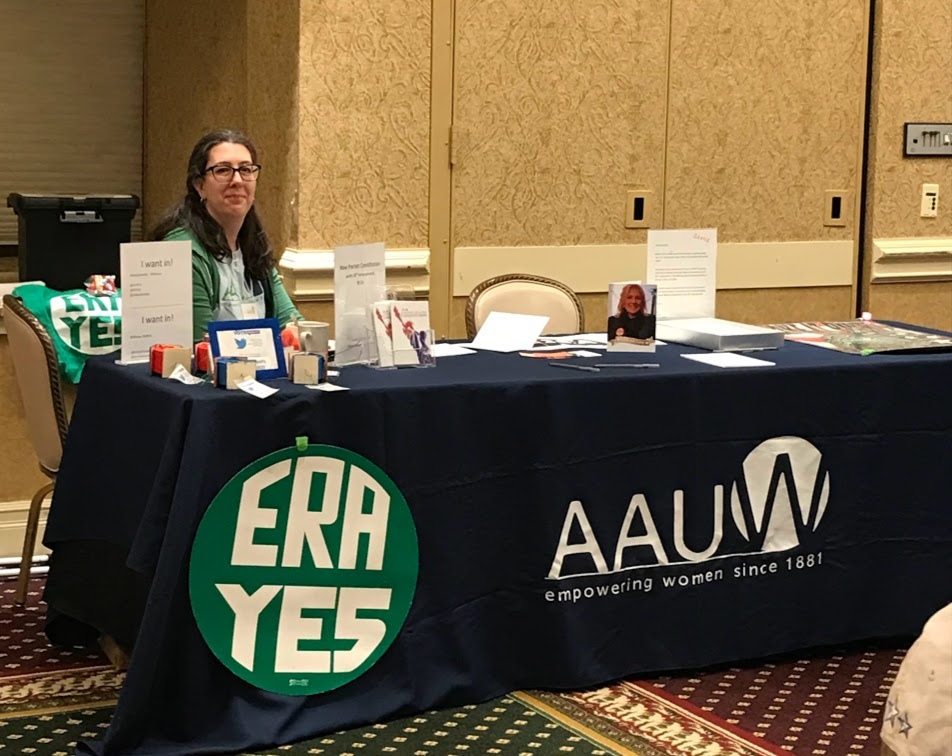 Public policy is a big part of AAUW activity both at the national and state levels to provide equity and justice for all women and girls.

Though 38 states have passed the Equal Rights Amendment it is not part of the constitution yet.   AJ is the AAUW-IL ERA task force coordinator. 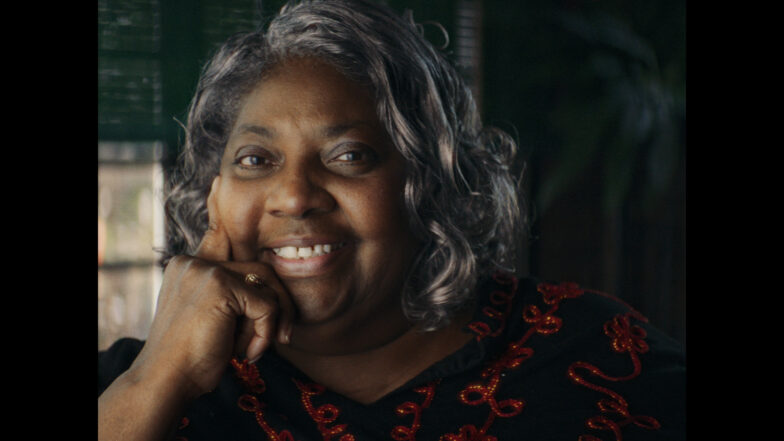 Title IX will be 50 this year.  We saw the award-winning short documentary The Queen of Basketball about Lusia Harris, who was a trailblazing college and Olympic basketball player.  Title IX would have made such a difference in her life.     This is the link to the film, Watch it!

* “How Social Media Is Transforming Our Democracy” by political scientist Julie Strauss. * A panel of Diversity and Inclusion professionals (consultant Dr.Harriet Hope Lewis, North Central College DEI vp Dr. Rebecca Gordon, Naperville city DEI dept head Dr. Geneace Williams, DePaul education prof Dr. Donna Keil). *At lunch we had the public policy update from our state lobbyist and an ERA update from the task force coordinator. * Naperville and Elgin branch program planners told us about their initiatives. * Joyce Hagen-McIntosh from the ALA Office for Intellectual Freedom—my colleague and friend--talked about the current censorship/challenges at so many school and public libraries. 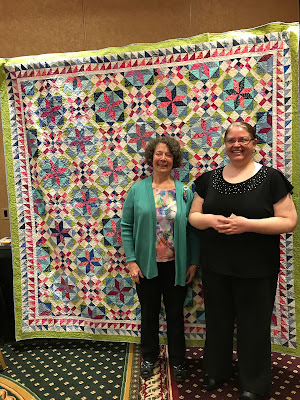 I've contributed a raffle quilt at every spring convention since 2003 with the exception of 2020 and 2021. Frolic, the 2019 Quiltville mystery, has been waiting patiently. (The long-armer got it back to me at the end of March, 2020. I bound it last summer and (why rush?) labeled it this spring. Ticket sales were so good that I ran out of tickets and had to improvise! The result: $746 for the AAUW Greatest Needs Fund. Megan, the winner, was delighted.

As best as I can figure, the spring and Christmas quilt raffle proceeds add up to just over $10,000. 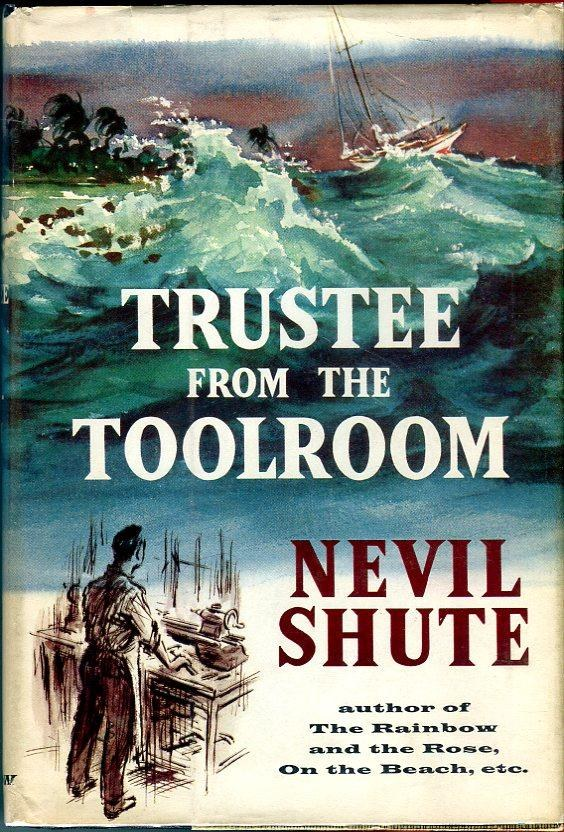 I chose this for "a book published posthumously," one of the categories for the Page Turner 2022 FB group.

Nevil Shute was an English aeronautical engineer who moved to Australia. He was born in 1899 and died in (January) 1960. This book was published in 1960. [Perhaps his best-known novel is On the Beach.]

Though I have only now read it, I've known about this book for decades. It was a Book of the Month Club selection and my parents were BOMC members so it was in our house. It was also in every public library where I worked.
It's partly an adventure tale. Keith Stewart is a model-maker whose specialty, miniature engines and clocks, appeal to hobbyists worldwide. His ten-year-old niece comes to live with him and his wife Katie while her parents set out to sail around the world. Their boat sinks in a hurricane off a remote Pacific island and they are drowned. Keith is his niece's guardian and trustee and it is up to him to travel to that island to recover the girl's inheritance. The journey is long and expensive. Many of the plans cannot be made in advance. But disaster is averted because of Keith's many model-making fans with whom he has been infinitely kind and patient. (Networking before it was a thing!)
I read it as a historical novel which made it easier to get over dated references -- that Keith's wife Katie "had to go out to work," and observations of a "sort of Jewish-looking girl," "an Oriental man," which were descriptive for the time, not pejorative.
What a difference today's technology would have made-- from onboard radar for the storm-wrecked sailboat to a credit card to pay for Keith's trip to email communication among hobbyists. But technology does not alter the essence of the story: that good deeds and kindnesses large and small will be reciprocated.
Linking up with Oh Scrap! Monday Making Design Wall Monday
Posted by Nann at 4:49 PM