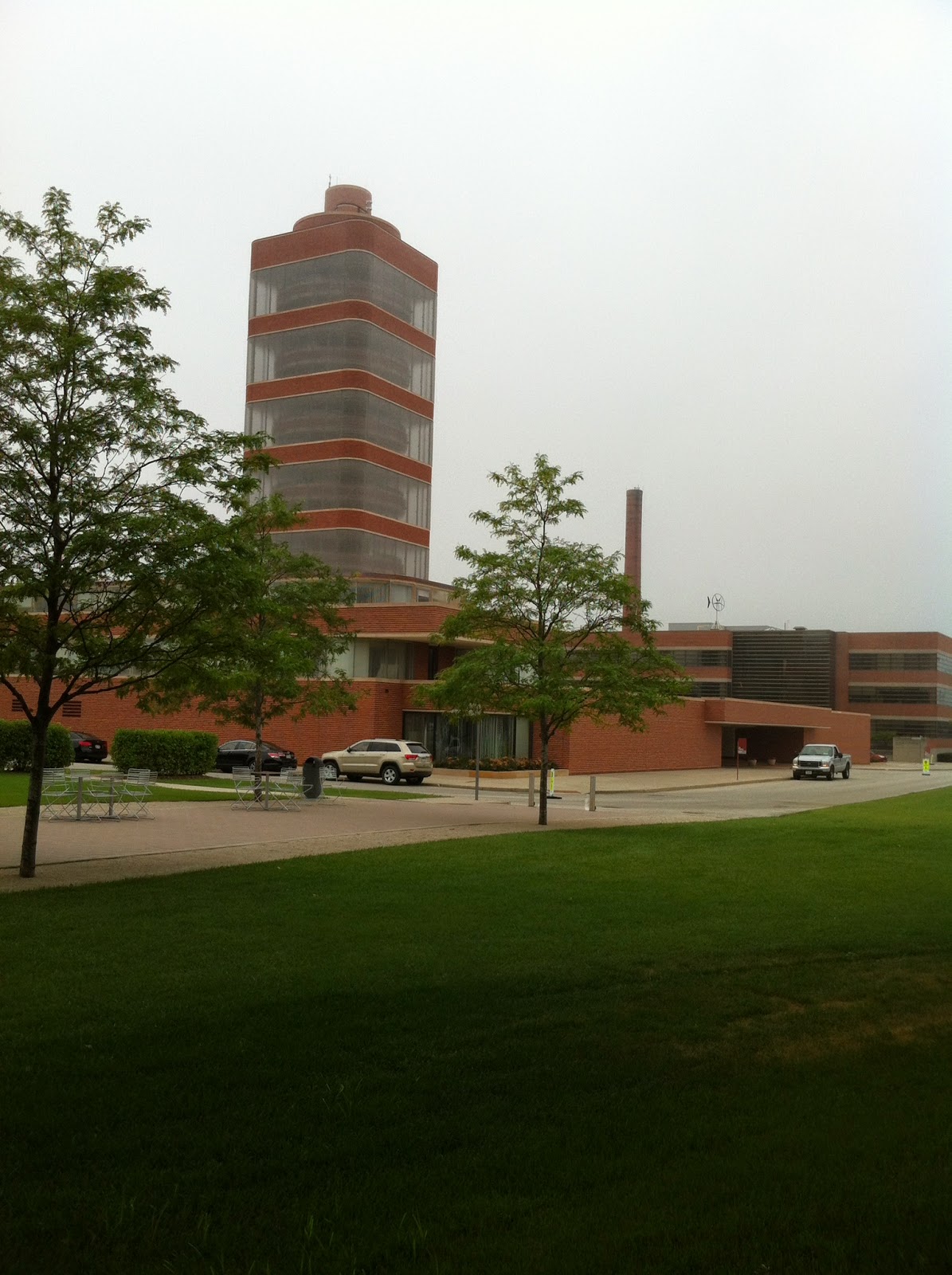 The visitor center is built around the Golden Rondelle, the S. C. Johnson building at the 1964 New York World's Fair.
The newest building, Fortaleza Hall, is a tribute to Johnson research:  a pioneering airplane trip to Brazil.  The company created plantations to grow carnauba palms, the source of carnauba wax which was the basis of natural waxes.
http://scjohnson.com/en/company/architecture/Fortaleza-Hall.aspx 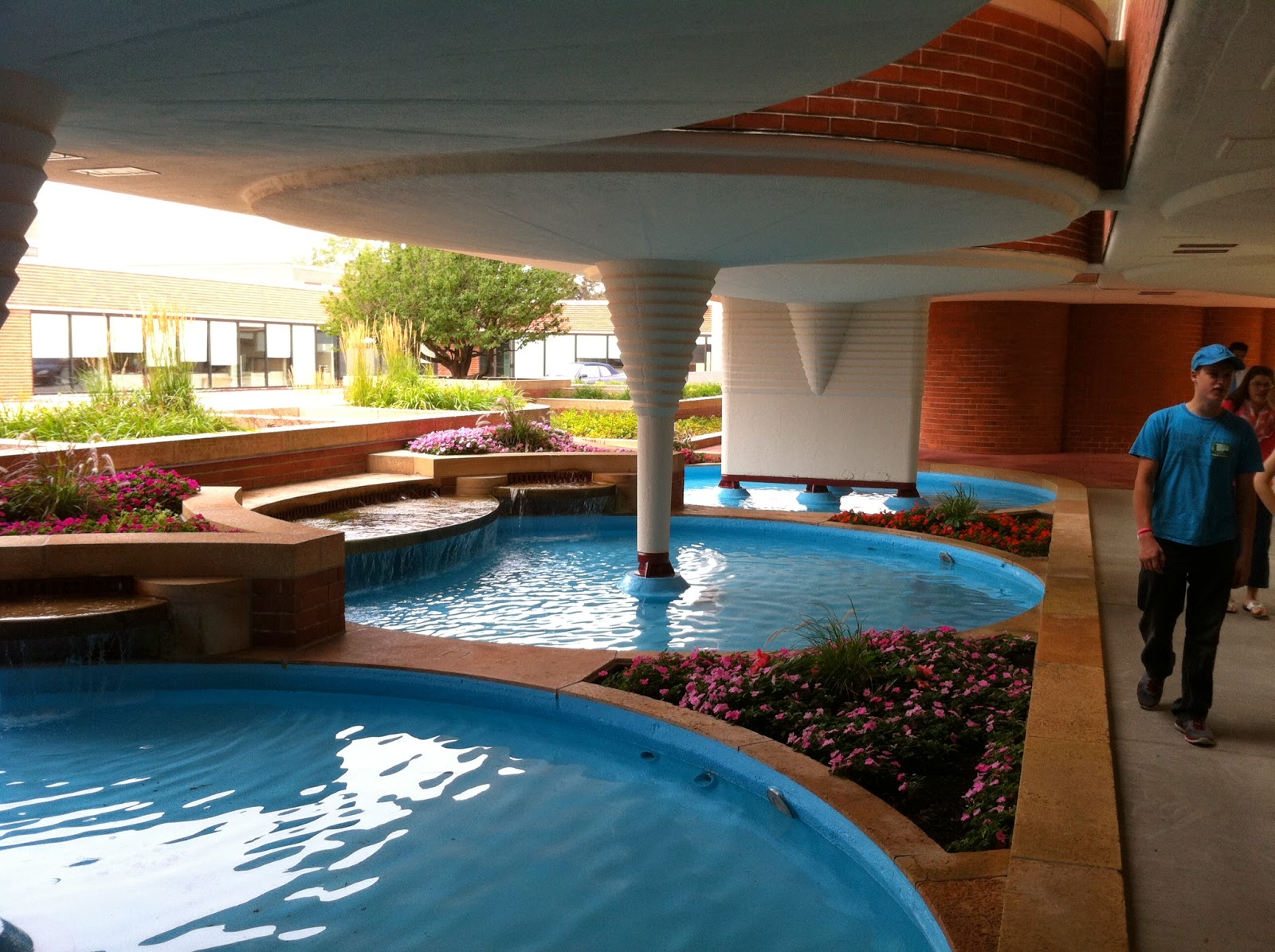 Reflecting pools between the Research Tower and the Administration Building. 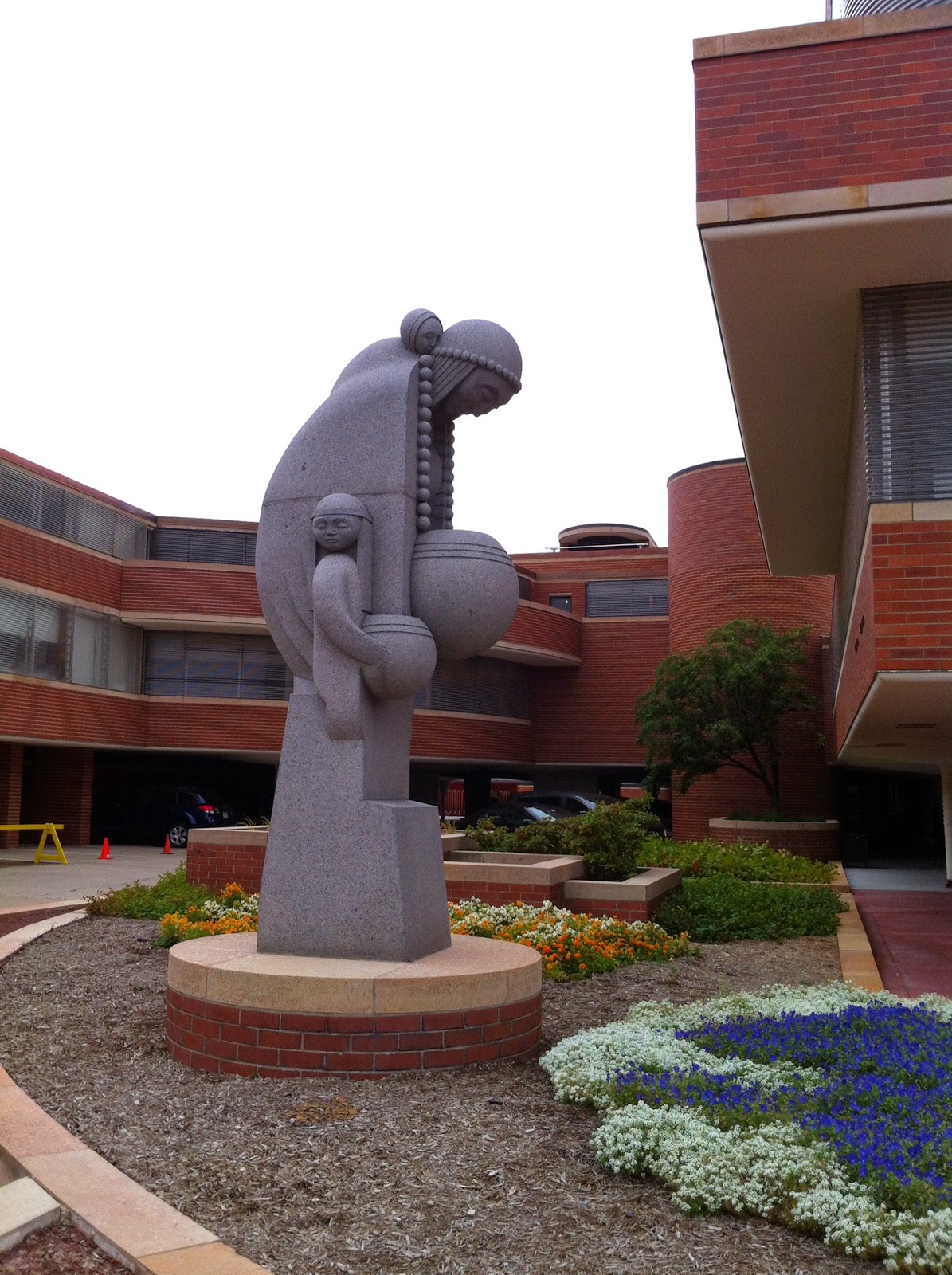 Wright-designed Native American figures, to honor the first inhabitants of the Racine area.

After the tour we had lunch at a Thai restaurant in downtown Racine. We picked up a "tour Racine" guidebook at the visitor's center, and read about the Eco-Justice Center.  It took a while to find it, but we did. Lush vegetable gardens -- how wonderful to have enough space for the plants to sprawl -- free-range turkeys and guinea fowl, and alpacas!  http://www.racinedominicans.org/eco-j.cfm

My architect husband and I are both FLWright fans. The Johnson building has intrigued me for years. I would love to visit it. We were fortunate this summer to make a stop at Fallingwater in PA.