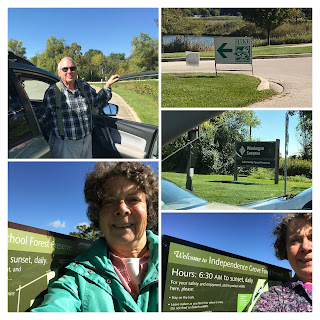 This early fall weather is glorious -- lots of sunshine and blue, blue skies.  We went to Waukegan Savanna, Independence Grove and Old School, three of the designated sites for this year's Hike Lake County challenge. 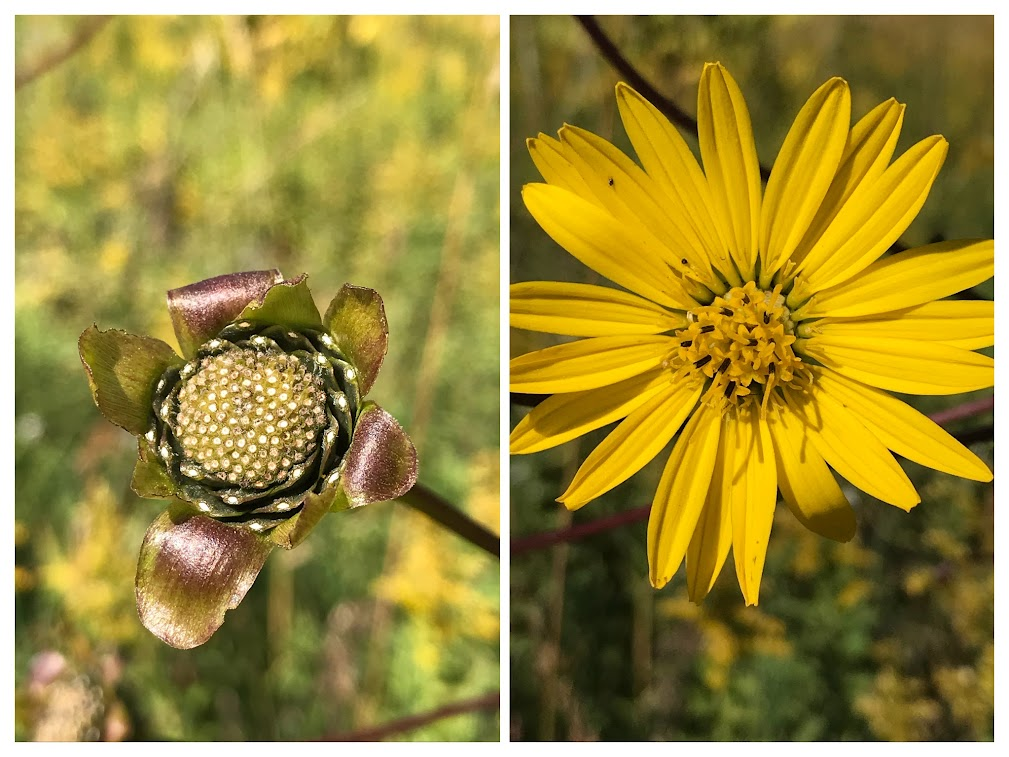 This is prairie dock, also known as Lucy Braun's prairie dock. Had the flower and the spent flowerhead not been on one plant I wouldn't have known they are the same.

Here  is more about the eponymous Lucy Braun. 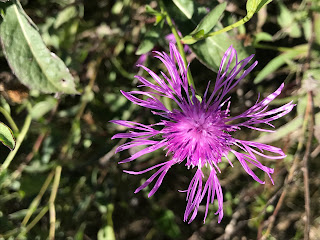 This pretty purple flower is brown knapweed, also called French hard-head (!).  I've only  seen it at Wadsworth Savanna.  Since it is invasive it can stay there! I've made several red rails quilts over the years. 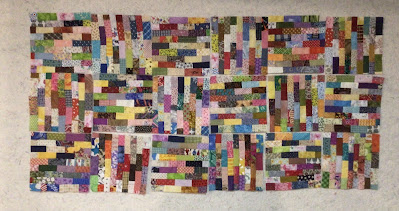 Lynn's recent finish Klein Meisje "thirteen" gave me an idea.
These 18 blocks (9-1/2" unf) have nearly emptied the "everything else" box.

I'm going to take my time replenishing the box so this project will simmer for a while. 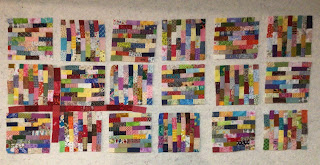