When I retired seven years ago I thought I'd go downtown (Chicago) frequently. That hasn't happened -- and certainly not this past year.  The lure of TWO terrific exhibits at the Art Institute (and the fact that I've been fully vaccinated, to say nothing of feeling cabin-cribbed and confined) emboldened me.  The commuter train was uncrowded. 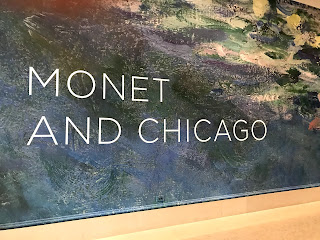 The Monet exhibit concentrated on paintings acquired by Chicagoans who were early collectors of his work -- Mr. and Mrs. Potter Palmer, Mr. and Mrs. Martin Ryerson, and Annie Swan Coburn.

For more about these collectors:  here 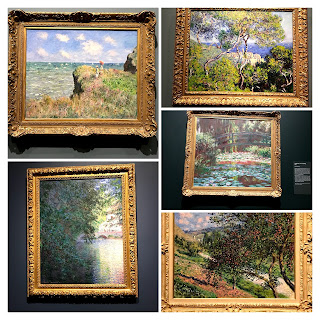 It's still hard for me to realize that the Impressionists were considered avant-garde. 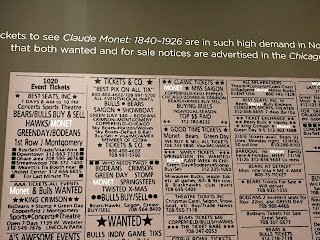 This snapshot refers to a prior Monet exhibit.  I remembered "Monet in the 90's" which was at both the Museum of Fine Arts in Boston and at the Art Institute.  Though I lived in Maine at the time I saw that exhibit at AIC when I was in Chicago for the ALA conference.  [When I googled to verify the dates I found out that there have been a number of Monet exhibits. He was prolific!]

I also saw some AIC favorites. 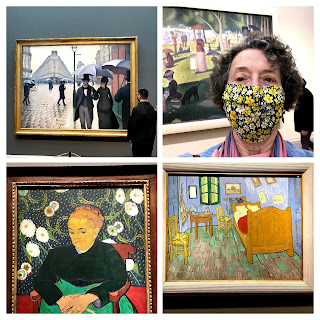 So jealous of your excursion to see 2 fabulous exhibits! Thank you for sharing photos. (nothing like this every comes near Boise.)

It would be wonderful to live close enough to somewhere with really great art exhibits. Unfortunately I live too far from EVERYWHERE.

When I was in Philadelphia many years back (for a conference), I had time to visit their art museum and savor a huge gallery filled with Monet's paintings. It was glorious.