September summary (for real, this time)

Several months ago a friend and her sister wrote to ask if I could quilt a top for them. Their mother (now deceased)  made it for the sister's son. I said I'd give it a try. I named a price that was agreeable. The top/batting/backing/binding arrived about six weeks ago. On Sunday I finally opened the box. My heart sank. It was large (90 x 90 or so). The blocks were large (16"). The fabrics were read-as-solid, including the backing.  That meant that any quilting deficiencies would be very, very obvious.  This was beyond my skill.  I prayed and slept on the matter and had my decision.  Yesterday morning I sent the quilt back to the sister.  I wrote her that she will get far better results if a professional long-arm quilter does the work. 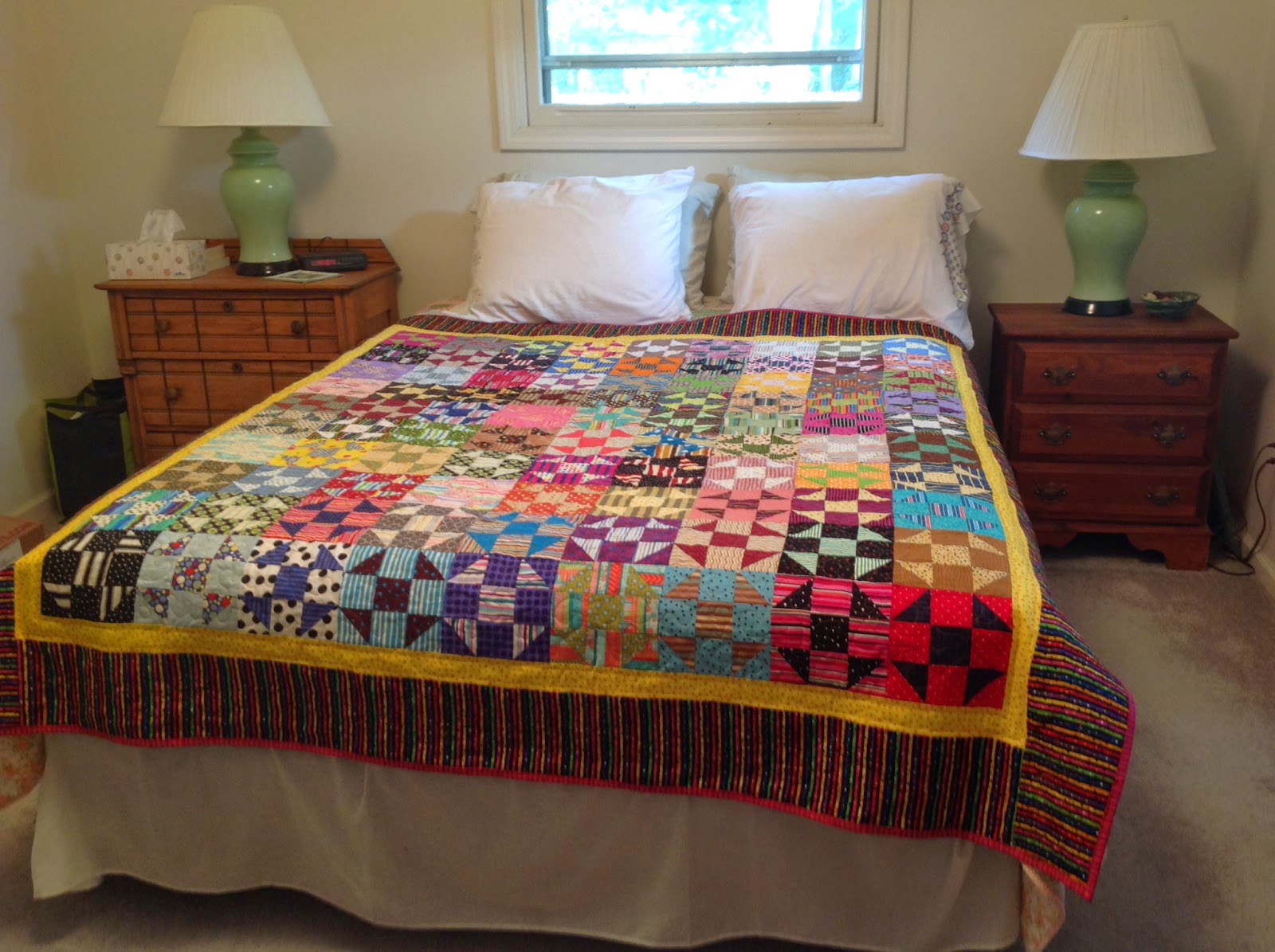 I took care of that millstone obligation.  I had a nagging need for a boost of confidence that I can machine quilt [especially when the front and back have busy prints].  So, twenty-four hours later, here is Dots and Dashes: quilted, bound, labeled!

The back is a bed sheet, one of my thrift shop bargains. 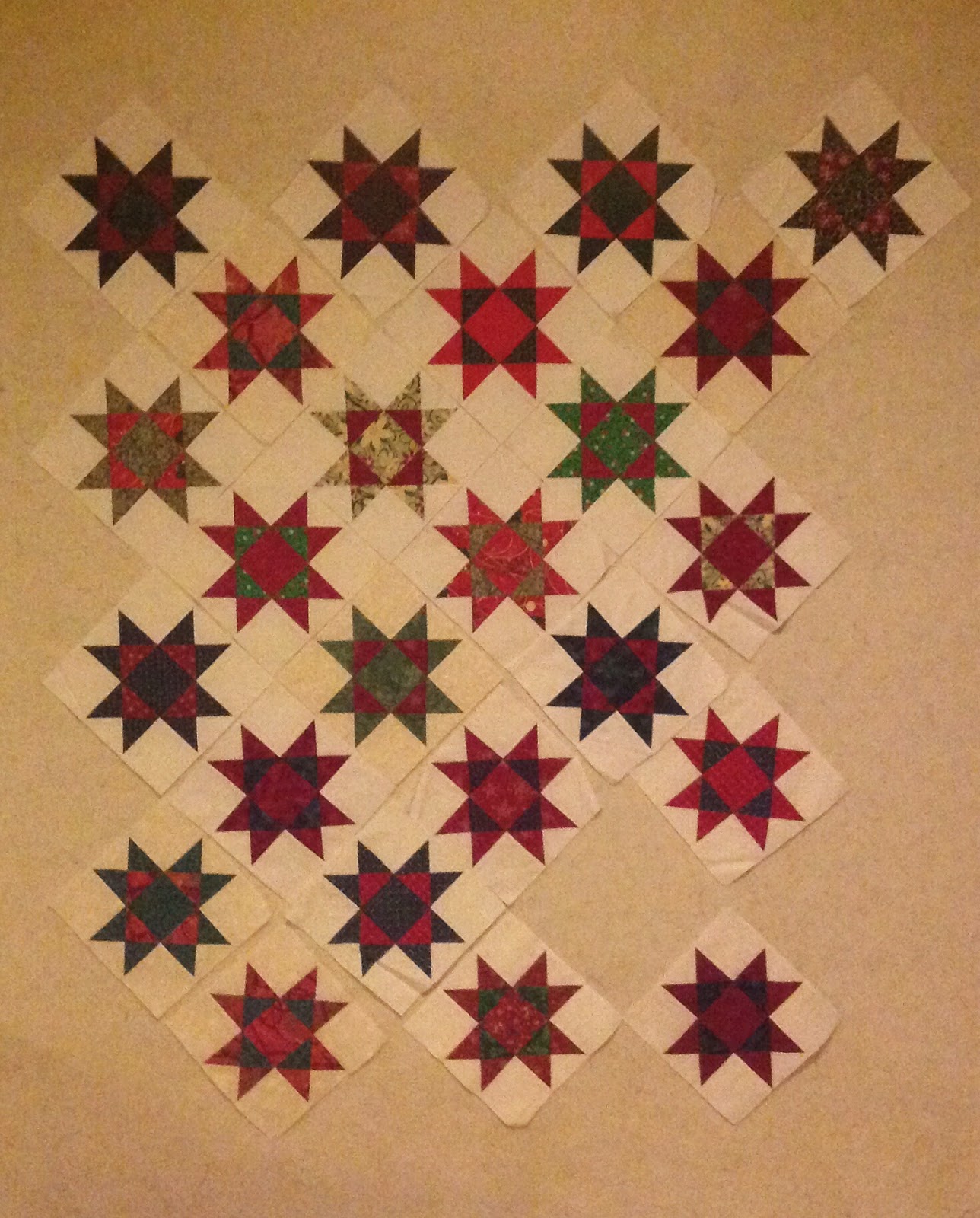 I have two quilts to make for Christmastime raffles.  These 9"
Ohio Star blocks came from a swap a couple of years ago. High time to make them into something.

Good for you! Sometimes the best thing is to say no, even after saying yes.