DWM: Dim bulb, interchangeable parts, and an I Spy 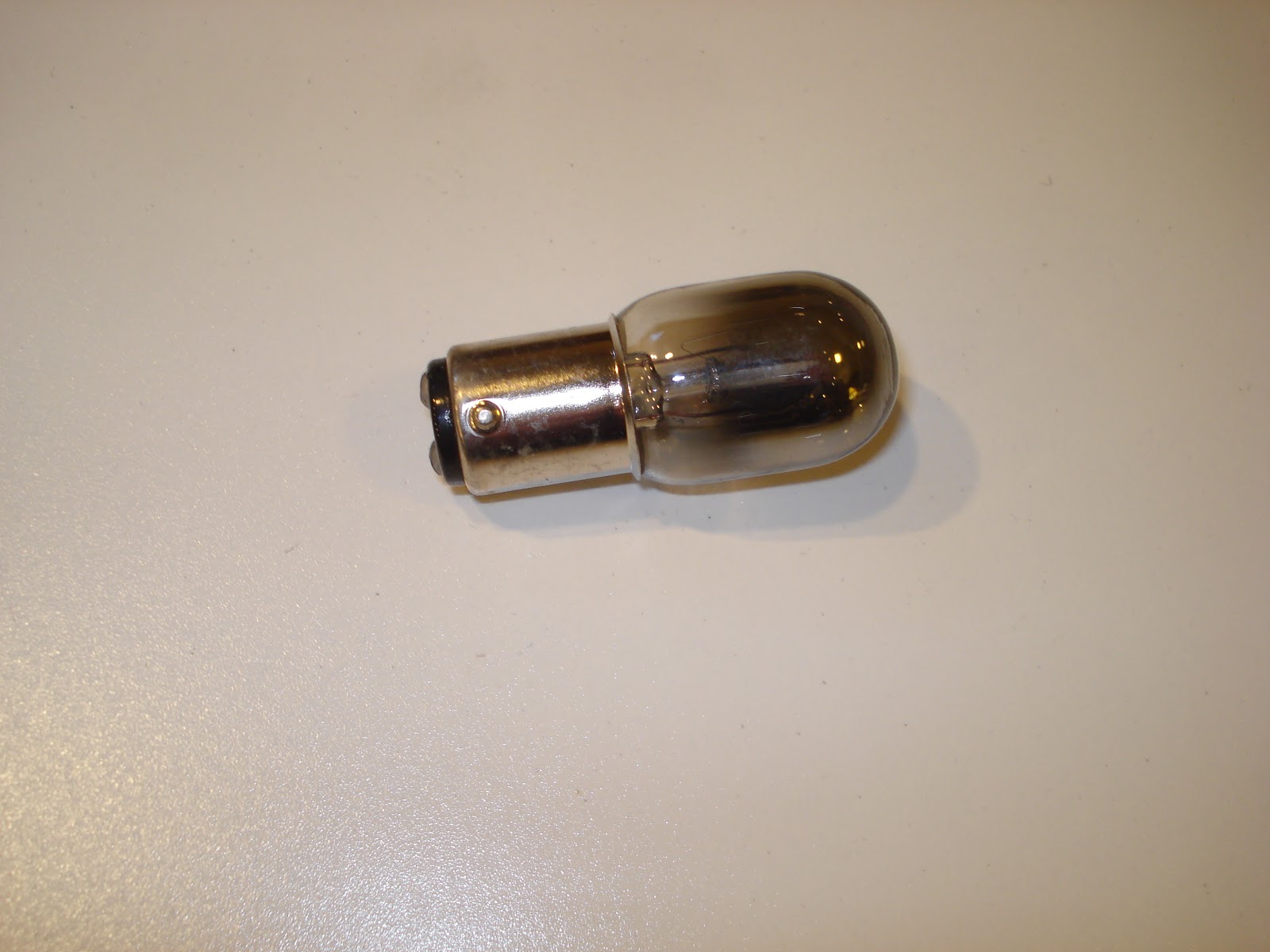 The lightbulb on my Pfaff flickered but came back on if I poked it. That worked a couple of times but eventually it didn't. I figured out how to pop the bulb out (thank you, sewing machine manual) and found the spare bulb, still in its packaging, at the back of the drawer. Oops. Spare bulb is for a Singer and it's a different size.  Now the Pfaff is in the shop, not only for a bulb but also for a long, long overdue cleaning.

I had not used Sweetness, my Singer 301, for a long while.  The insulation on the electrical wire going into the foot control had worn off (about 1/4") -- not surprising after 50+ years of being wrapped around the foot control when it was put away in the carrying case. I am leery of bare-wire sewing!  I had not gotten around to taking the assembly to the repairman. 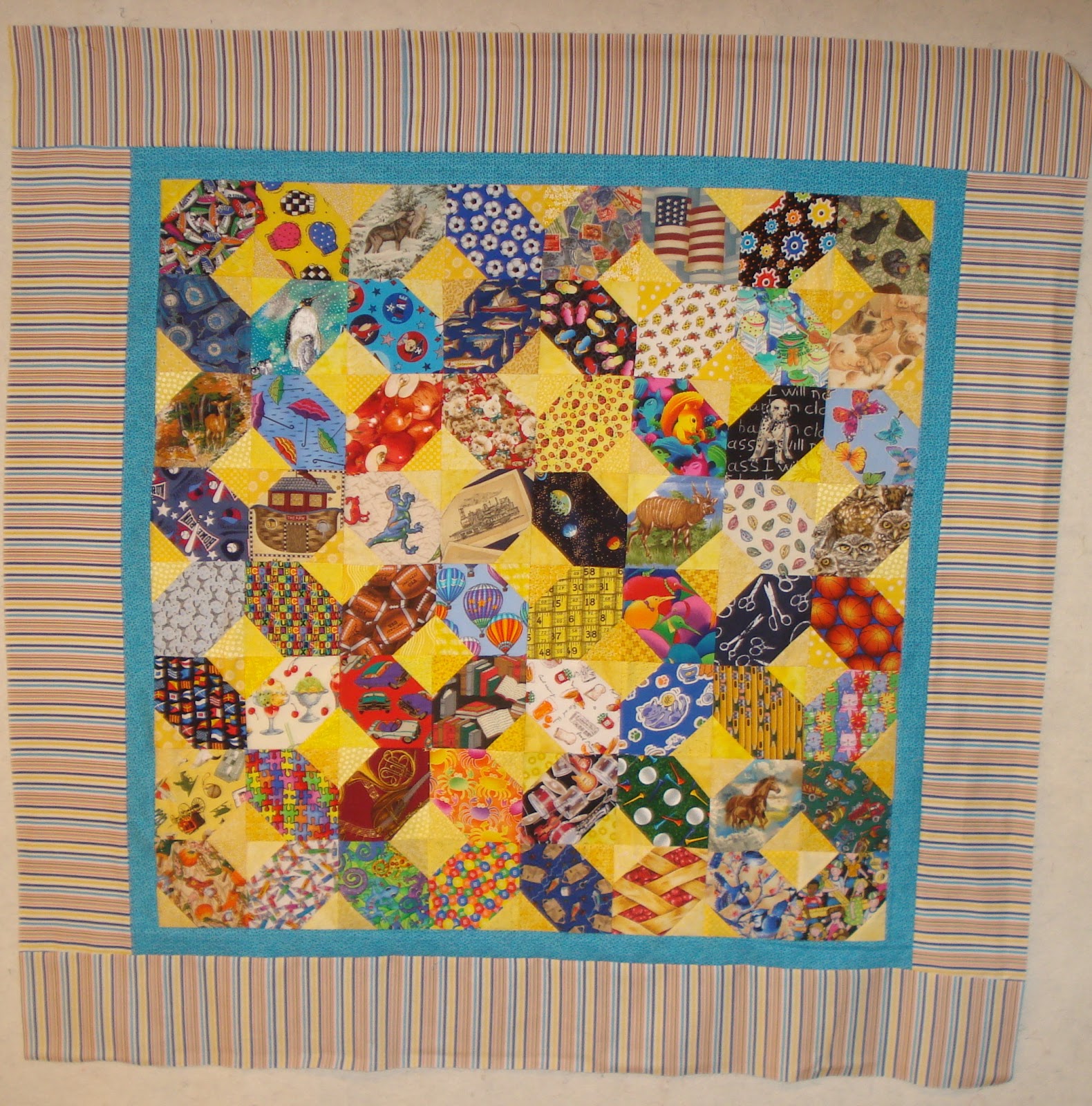 With the Pfaff out of commission, and the 301 foot control not-fixed,  I got out the Featherweight.  I looked at its plug. Gee, similar to the 301.  I wonder....and, yep! The the FW cord works in the 301!  So that's what I used to complete the piecing on this I Spy quilt.  It's for a colleague's baby boy (due in March).

I had about 20 of the 64 novelty units already made. The rest went together easily. The border is a stripe that photographed strangely.

I have the I Spy and last week's Steelers Stars basted. I will retrieve the Pfaff when I get back from the ALA Midwinter Meeting (January 29) and get them quilted. 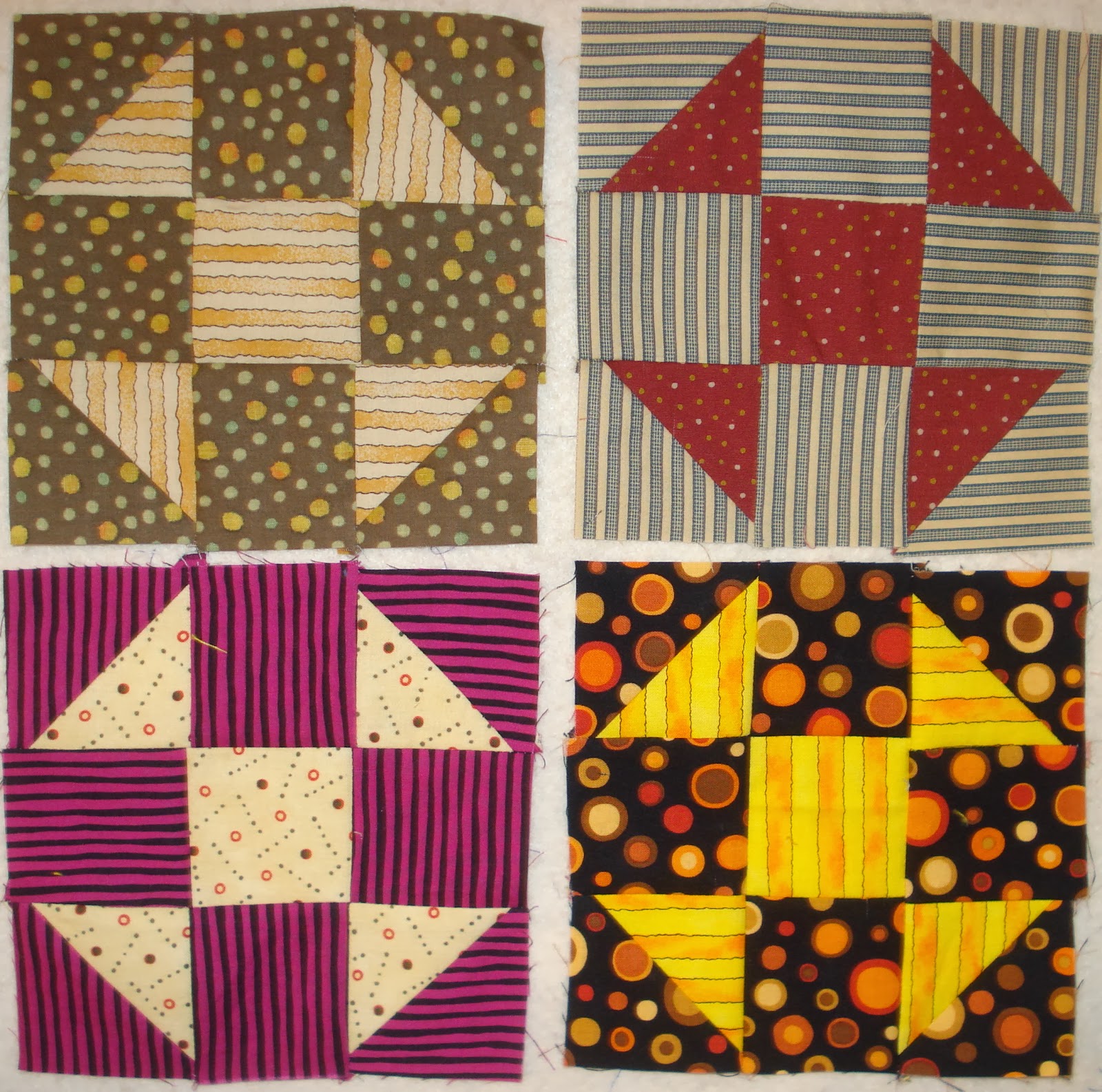 P.S. These 6" blocks are samples for the Dots and Dashes swap I'm coordinating on the Block Swappers group.  Each Shoo-fly is made from one dotted and one striped fabric. I look forward to seeing the combinations that participants come up with.

See what other quiltmakers are working on at Judy's Patchwork Times.
Posted by Nann at 7:26 PM

Yup, a lot of the Singer cords/food pedals interchange. Did you have to take the Pfaff bulb out with the little tool? I had to read the manual too. Like the stripes and dots.

That is a great pattern for using the novelty prints. What a cute baby quilt. The shoo-fly blocks are so fun--I love stripes and polka dots!

An I-Spy quilt is on my bucket list . . . so I really enjoy looking at the settings other quilters have used for them. Yours is quite wonderful! Sorry the bulb went out on your machine -- hope it's back to you soon! :)

Great I spy quilt. I need to cut up my novelty prints and do something with them.

Oh that reminds me it's been over 2 years since I've had my machine for a good cleaning and a sw update! Great I spy quilt! I love the dots and dashes, who ever thought of that is genius!

We quilters have to think outside the box all the time. Great save with the cord.
Love your I Spy quilt....great job!!

It's nice to have those old Singers standing by for backup, isn't it? But I'm curious -- why didn't you just use your Featherweight to finish up your piecing? What do you like better about the 301?

I love the I spy. The borders look OK to me but then I think stripes make interesting borders.

I would never have thought to use that pattern for an eye spy. It's great. Do you have two of each novelty for matching game? I love Dots and Dashes. Really cute. Thanks for sharing and have a great time at the MidWinter meeting.

Nann, I probably asked before but is your 301 a short bed or a long bed model...Pictures aren't loading for me today, so thought I'd ask rather than just sitting here waiting...forever!