This weekend we headed sixty miles south of home to attend  Wright Plus 2010 sponsored by the Frank Lloyd Wright Preservation Trust.  The centerpiece is the Saturday housewalk in historic Oak Park, Illinois  where FLW lived and worked.  The "plus" are the events on Friday and Sunday.
We were among 250 people who went on the Friday Excursion.  We divided into groups of 50 and the tour leaders managed to keep us from all crowding together!  This year the bus tour went to the Avery Coonley estate  on six acres along the Des Plaines River in Riverside.  FLW designed the main house, coach house, gardener's cottage, and the Playhouse (for Mrs. Coonley's progressive primary school). His associate William Drummond designed Thorncroft, the residence for the schoolteachers.  In the century since there have been many owners of all the properties and a tremendous amount of repair and restoration.  (Upkeep was not one of FLW's concerns!)   We went from Riverside to Lincoln Park in Chicago where we had lunch at the Cafe Brauer, designed by FLW contemporary Dwight Perkins.  (It was closed for almost 50 years, preserved in no small part because it was a maintenance storage facility.  The renovation began in 1987 and is now complete.)  There was time to see the zoo--lively with hundreds of school kids on field trips that sunny afternoon--and then a visit to the Prairie School-inspired Alfred Caldwell Lily Pool, a lovely wooded spot at the north end of the zoo.

Saturday's house walk featured ten properties, five of which were designed by FLW.  We managed to get to eight of them.  The other two (FLW home/studio and Unity Temple) are open all year, so we plan to go back.  The Preservation Trust site gives details about this year's sites.  Our favorites were the River Forest Women's Club, which has been remodeled into a private home, and the Frank Thomas House, on the tour for the first time in 21 years.

The FLWPT has the housewalk planning down pat:  there are more than 300 500 docents to guide, answer questions, and provide descriptions.  There are shuttle buses that make frequent circuits.  There were portable toilets at strategic locations.  With more than 2600 housewalk tickets sold, lines were long, especially at the end of the day, but people were in good spirits.

And the people!  They came from all over the country and from abroad.  A woman at our table at the Cafe Brauer said she lived in San Francisco and had been coming to Wright Plus since 1987.  Other people were combining WP with vacation time in Chicago.

Sunday was "Smart Start."  We drove to Hyde Park (near south side) to see the Robie House
adjacent to the University of Chicago campus.  The house was designed by FLW and built in 1909.  For many years it was the married students' residence for the Chicago Theological Seminary.  It is being restored--as with other FLW properties, an expensive and extensive undertaking.  After the tour we were taken to the Smart Museum on the campus.  The FLW tie-in was that the dining table from the Robie House on display. The rest of the museum has an eclectic collection and we want to go back to see it when we can spend more time.

We were home at mid-afternoon.  It seemed as though we'd been gone much longer!   We had a splendid time and we hope we can attend Wright Plus again. 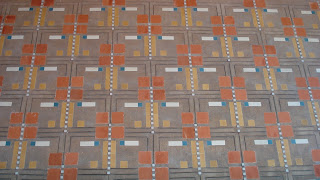 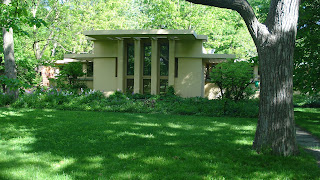 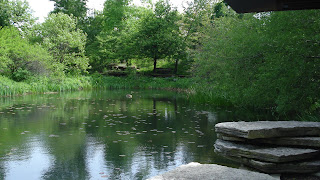 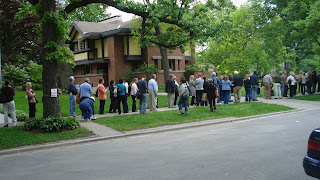 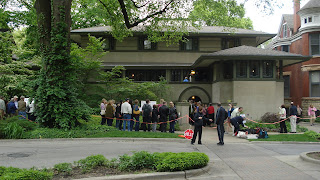 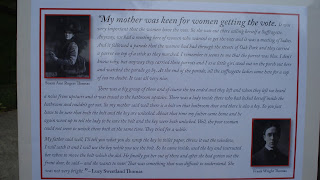 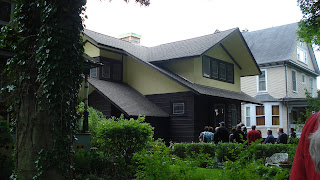 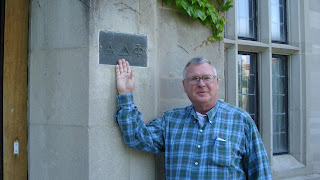 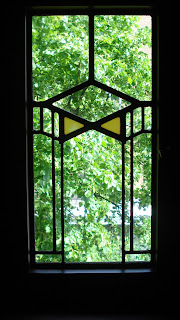 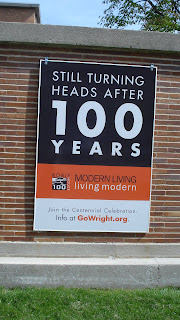 It looks as though you had a wonderful weekend, as did we. We live in Ohio, and have been attending Wrightplus for about 10 years now. A few comments about your post. You might be interested to know that there are actually between 550-600 volunteers that take part in the weekend, and that approx. 2600 tickets were sold for the Housewalk alone. And the "plus" in the name of the event actually refers to the non-Wright properties that are a part of the Housewalk. Each year there are three FLW homes on the tour, and five homes designed by architects working in the area at the same time as Wright. Thought you might find those tidbits of info helpful. Thanks for the post.